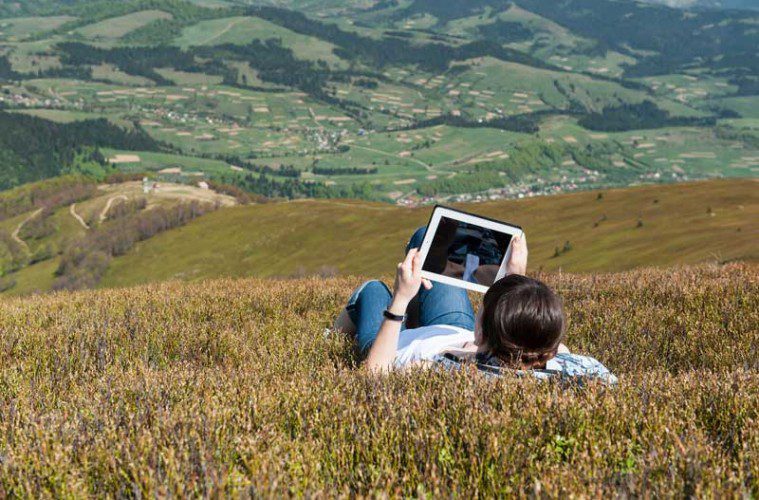 6 Extraordinary iPad Apps That Will Teach You How To Code

How can we use Papert’s Constructionism to improve our learning and gain digital literacy?

The instructionist approach is what most of us have grown up with. We sit in class, learn facts, stats, names and numbers. We all work on the same problems, where we come to the same answers through the same method and reasoning.

Papert’s constructionism builds upon Piaget’s epistemological theory of constructivism. It works when students and learners are given the chance to choose their own path, to use knowledge they already have to help them accumulate more in their own way.

In the words of Confucius, “I hear and I forget. I see and I remember. I do and I understand.”

Papert isn’t only known for his constructionist approach, he’s also a proponent of using technology to support it.

His belief, that students could learn more effectively by creating things, can be easily accompanied and even spurred on through tech. He feels that we should be looking to “find ways in which the technology enables children to use knowledge.”

Things have changed dramatically in the world of tech since Papert first presented his Constructionism proposal to the National Science Foundation in 1987. Now we have iPhones and tablets and computers the size of a watch. We have an incredible and unforeseen ability to interact with our devices, which is precisely the objective.

Given that the ability to program, and to understand programming logic, will become a basic digital literacy in the next decade, and that right now we have the tools and tech to truly learn under the constructionist approach, there’s really no better time to start than now.

Without further ado, here’s 6 iPad apps that will teach you how to code:

Learn to build your own games, using a drag-and-drop system to create your own characters, experiment with physics, and make your own music. The app has over 200 coding puzzles to keep you occupied and engaging for a long time.

Lightbot began as a Flash game back in 2008. Now it’s a programming puzzle game for Android and iOS–a game whose game mechanics require using programming logic to solve levels, with a little robot as the main character. LightBot is unique in that it was built by a student, and it makes learning the fundamentals of computer science as easy as playing a video game.

Rui Viana created Cargo Bot to help people to start thinking like a computer, and it’s the first game about programming to be designed on the iPad. You help a robot move crates around the screen, using programming concepts, and record your solutions to share them on YouTube.

ScriptKit is the world’s first drag-and-drop programming interface for iPad, and it’s the first app on this list that’s not a game. It allows touch screen interaction with different elements of the design, and comes bundled with blocks of code, so there’s very little typing. It also includes support for APIs from Instagram, Dropbox and Facebook, which means you can make quick prototypes with your finger, and make use of the photos and files you have already stored on the web.

“It’s kind of like the Garage Band of coding.” Codea is what Cargo Bot was designed with, and was coded itself with the Lua language. It’s perfect for rapidly coding and prototyping games and visual apps (despite Apple’s restrictions). It also comes with example programs, and has an intelligent auto-complete function. Oh, and it looks darn good.

This one is for the kids (although creative adults will love it too). It’s a programming language for iPad that allows kids to generate their own games, apps and animations puzzle solving programming logic. It evolved out the Daisy The Dinosaur app, which was created by Samantha John at MIT to encourage other women to get a grasp of fundamental programming logic.

Creative learning on the iPad is here and acquiring the digital literacy skills that will dominate the future has never been easier–or fun. So, why not get cracking and start learning how to code on your iPad!

The great benefit of having iPads and smartphones is that we get to interact on a new level. We’re not just hitting keys, sitting on our backsides, hunched towards a screen; we’re moving, using different motions and maneuvers to manipulate the programs, using our heads and our bodies. And that is how we learn in Papert’s constructionist view of education.