Sir Ken Robinson: The Importance of Imagination and Creativity In Education

Are we educating our children out of the innate abilities that they desperately need to navigate an uncertain future where routine jobs are replaced by robots and software?

It looks that we are. Research shows that creativity levels have been continuously dropping for the last two decades.

Is the answer more tests, increased competition and standardization of our schools? That’s what most of political leaders and education administrators are arguing.

Fortunately, there are dissenting voices of people who aren’t stuck in a 20th century mentality of training obedient and subservient workers for factories and bureaucracies. Ken Robinson believes our current focus on rote learning, memorization and regurgitation on tests is completely backward.

He argues that our one-size-fits-all factory schooling model is impoverishing the foundations children will need for living a successful, creative life: independent thought and imagination. 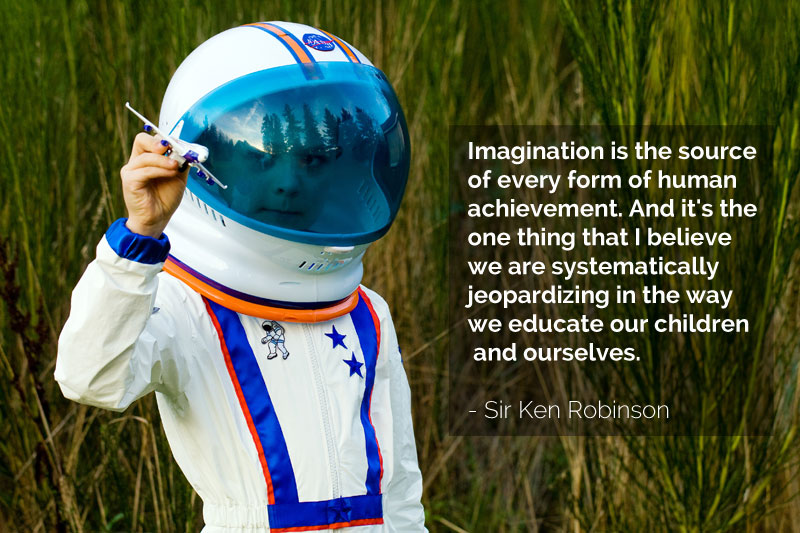 The Power of Creativity and Imagination:

In this beautifully edited video, he makes a powerful argument for why we need to transform the way we educate our children now.

Here are few more gems from Sir Ken Robinson on the importance of creativity and imagination in education worth spending your time to watch.

His landmark 2006 TED Talk on Why Schools Kill Creativity, has over 40,000,000 million views on TED and Youtube, which makes it the most watched TED Talk of all time.

Bring On The Learning Revolution:

How To Escape Education’s Death Valley:

In his most recent TED Talk, Sir Ken Robinson outlines 3 principles crucial for the human mind to flourish… and how current education culture works against them.

In his final public speech before his death in 2020, Sir Ken Robinson invites us all to imagine a new normal, and to understand how we can create a world that values the diversity of each individual’s unique gifts and talents.