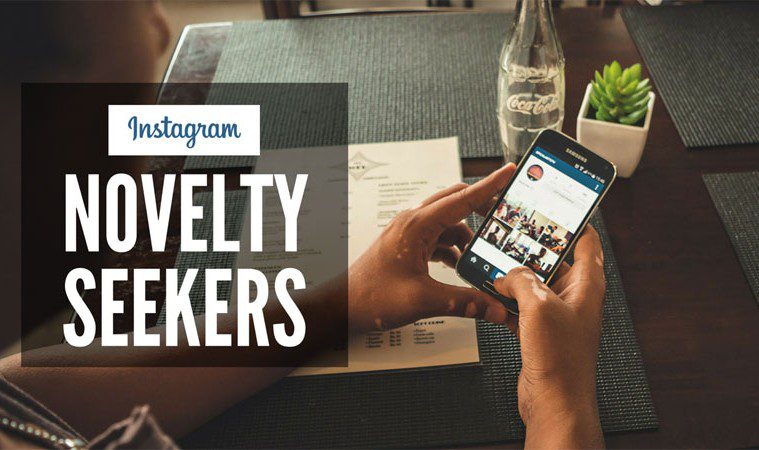 Instagram is not just for selfies anymore, it can also be used more mindfully by filling your stream with nuggets of bite-sized learning you can “snack on” while you’re on-the-go.

And I’m not just talking about inspirational quotes!

What I’m talking about is useful knowledge that you can use in conversations and to help inspire your curiosity. Instagram is the ideal mobile app to combine visual inspiration and learning in a way that dramatically increases the amount of novelty, unpredictability and complexity in your daily information diet.

To get started, here are some of the best educational Instagram accounts that I highly recommending following to spike both your curiosity and dopamine levels:

This fascinating Instagram account is dedicating to helping you understand how the building blocks of the Universe fit together with science, which is something definitely worthing learning about!

This tree-lined road is the Avenue of the Baobabs in western Madagascar. There are nine species of baobab tree in the Adansonia genus and eight of them can be found in Africa, with six of those being endemic to the island of Madagascar. The ninth, and very lonely, species of baobab can be found in Australia. These chunky trees can store up to 26,000 gallons of water in their trunks in order to survive the inevitable droughts that happen in their surrounding environment. Considered “The Tree of Life,” the baobab can provide shelter with its trunk, fabric from its fibers, and sustenance with its fruit. Long live the baobab! (Seriously, though, there’s one that’s 6,000 years old and people built a legit bar in it.) Photo cred: Gavinevans via Wikipedia #science #botany #africa #madagascar

The pace of technological innovation is at breakneck speeds these days. It can be hard to keep up with all the latest discoveries and innovations coming from all the amazing creative minds in the world today. This Instagram account will help you stay informed.

Researchers have designed ultra-thin diamond nanothreads that could pave the way for ultra-high space elevators. The U Tech Australia team created the material by alternating cycles of pressure to isolated, liquid-state benzene molecules, finding that rings of carbon atoms assembled into neat and orderly chains, essentially form strong ultra-thin diamond nanothreads. The number one problem with building a space elevator (though there are many) is creating a cable that can operate for 22,000 miles. While we haven’t found that magical material quite yet, diamond nanothreads might be exactly what we’re looking for. There are still plenty of issues to overcome, but this material will make solving those problems a lot easier. #tech #space #miles #astronaut #nasa #diamond #australia #technology   A photo posted by Tech (@tech) on Nov 30, 2015 at 4:14pm PST

What could possibly be more inspiring than contemplating the vastness of outer space? NASA has a great Instagram account that gives you an ever-changing window on the glory and enchantment of the Cosmos. The NASA Goddard Space Flight Center is also a must-follow account for astronomy buffs.

Our Lunar Reconnaissance Orbiter recently captured a unique view of Earth from the spacecraft’s vantage point in orbit around the moon. Seen in this composite image, we see Earth appear to rise over the lunar horizon from the viewpoint of the spacecraft, with the center of the Earth just off the coast of Liberia. On the moon, we get a glimpse of the crater Compton, which is located just beyond the eastern limb of the moon, on the lunar farside. LRO was launched on June 18, 2009, and has collected a treasure trove of data with its seven powerful instruments, making an invaluable contribution to our knowledge about the moon. LRO experiences 12 earthrises every day; however the spacecraft is almost always busy imaging the lunar surface so only rarely does an opportunity arise such that its camera instrument can capture a view of Earth. Image credit: NASA/Goddard/Arizona State University #nasa #space #moon #earth #science #astronomy #lro #lunar #earthrise

4. U.S. Department of the Interior

Explore the beauty and wonder of the natural world that lies within the borders of the United States. The Department of the Interior is charged with the task of protecting America’s vast wilderness. Hopefully, they can inspire enough people to go explore for themselves and then fight to protect this amazing Planet.

We’re dreaming of this picturesque #waterfall along the north coast of #TanagaIsland near Takawangha volcano in the #AleutianIslands, #Alaska. The northern half of Tanaga Island is home to the Tanaga volcanic complex, comprising three main volcanic edifices including the Tanaga volcano. The last known eruption of Tanaga occurred in 1914. Part of the U.S. Geological Survey (USGS), Alaska Volcano Observatory is responsible for monitoring Alaskan #volcanoes and provide timely, accurate information on volcano hazards and warning of dangerous activity. Photo by Michelle Coombs, AVO/@USGS. A photo posted by U.S. Department of the Interior (@usinterior) on Dec 11, 2015 at 3:50pm PST

Impress your friends with your knowledge of Astrophysics. This Instagram account is full of insanely beautiful starscapes and great explanations for how the mysterious laws of the physics and the Universe operate.

Pledge allegiance to the future. This fun and inspiring Instagram account explores how new scientific discoveries are shaping the future of the world. Follow their weekly guides to new discoveries in science and technology to discover the new possibilities that science is regularly uncovering.

This Week in Space: New Alien Planets, Images of the First-Ever Predicted Supernova, And More: Futurism.com/ThisWeekInSpace   A photo posted by Futurism (@futurism) on Dec 19, 2015 at 2:11pm PST

I think history is underrated. It won’t make you rich, but it may make you smarter enough to not make the same mistakes that have been made by people, cultures and societies over and over again for eons. The History Channel’s Instagram is a good way to spark your interest in learning from historical events (another good one is History in Pics).

In 1799, during Napoleon Bonaparte’s military campaign in Egypt, a French soldier named Pierre Francois Bouchard discovered the Rosetta Stone. This artifact would provide the key to cracking the code of Egyptian hieroglyphics, a written language that had been dead for almost 2,000 years.   A photo posted by HISTORY (@history) on Nov 30, 2015 at 8:19am PST

Spark your curiosity with daily, bite-sized educational insights. For example, can you believe that a headless chicken named Mike lived without a head for 18 months? Seriously interesting stuff!

Of course, not all #countries #consume #energy equally; the U.S. accounts for about a quarter of #global energy #consumption. But places such as India and China are increasing their consumption by leaps and bounds, and scientists believe that the world will up its total consumption by 50% from 2005 to 2030. By the way, one #terawatt is equal to one trillion #watts. #climate #climatechange #solar #solarenergy #sun #sustainability #future #power #electricity A photo posted by Curiosity (@curiositydotcom) on Dec 16, 2015 at 4:39am PST

An educational Instagram from the people dedicated to sharing ideas worth spreading. The TED Conference (which stands for Technology, Entertainment, Design) inspires with the stories of their incredible speaker’s lives and all kinds of amazing facts about the world we live in.

This is “Pillars of Creation,” the iconic @NASA photograph of three gaseous plumes, 50 trillion kilometers in height, rising from a cluster of newborn stars in the Eagle Nebula. Astronomer Zoltan Levay enhanced this image, taken by the Hubble Space Telescope, by adjusting pixel brightness and colors. He created this striking representation of galaxies 6,500 light years from Earth with the hope that “the image gives people some inkling of the size, complexity and the dynamism that’s happening in a region of space like this.” For more on Zoltan’s process, visit go.ted.com/spacephoto

I spent a lot of my childhood reading my parent’s massive library of yellow National Geographic magazines. Now I can follow them for daily inspiration in my Instagram feed. I love the way their stories celebrate the adventure and diversity of life on Earth.

Photo by @stevemccurryofficial // Temporary pontoon bridges across the Ganges River help facilitate movement of some of the 30 million Hindu devotees who took part in the Kumbha Mela Festival, Allahabad, India. After going to the Kumbh Mela, Mark Twain wrote, “It is wonderful, the power of a faith like that, that can make multitudes upon multitudes of the old and weak and the young and frail enter without hesitation or complaint upon such incredible journeys and endure the resultant miseries without repining.” A photo posted by National Geographic (@natgeo) on Dec 16, 2015 at 6:11am PST

What Did I Miss?

What are your favorite Instagram accounts for learning and inspiration? Let me know in the comments below.