Abraham Maslow (1908 – 1970) was an American psychologist who is best known for creating his Hierarchy of Needs, a theory of psychological health predicated on fulfilling innate human needs in priority, culminating in what he called creative “self-actualization.”

He also popularized the notion of peak experiences by focusing his research on mentally healthy people who were able to self-actualize (essentially be the best that they could be by reaching their full potential). Many of these people reported having transcendental experiences that were fundamental in shaping their outlook on life.

These transformational peak experiences were described by Maslow as “powerful, meaningful experiences in which individuals seem to transcend the self, be at one with the world, and feel completely self-fulfilled.”

In this video, Maslow talks in a television interview about his research into peak experiences:

After the destruction of World War II, Maslow began to develop his ideas around human motivation and the healthy development of strong character and personalities, which ran contrary to the dominant Freudian movement, which preferred to focus on the dysfunction of the human mind.

He initially called this new discipline based on studying the flourishing of human personality and motivation humanistic psychology. He envisioned the cultivation of a new kind of creative individual and a personal development revolution in society toward helping people develop their creative gifts and actualize their potential.

Maslow believed that education should focus on holistic self-discovery and the meaningful pursuit of passion and creativity; rather than the factory-style rote learning model that had become dominant early in the 20th century to prepare people to work in standardized jobs in factories and bureaucracies.

While Freudian psychology took a view of human nature as being driven by unconscious and destructive urges that had to be controlled, Maslow argued that in the right environment and with a more holistic education focused on healthy self-identity and personality development, young people would develop strong character and orient themselves toward solving meaningful problems and serving their community.

From his research, he found that many of the most creative individuals with strong personalities who could think and act confidently beyond the constraints of their cultural indoctrination and government schooling had been fundamentally shaped by what he called peak experiences.

These peak states of consciousness had transformed their perception of themselves and given them a sense of meaning and purpose that helped motivate them to pursue a meaningful creative life of their own design.

The scientific study of the mindset, habits, personalities and mental states of these creative people would become the foundation for what Maslow would later call positive psychology.

The 16 Aspects of Peak States of Consciousness: 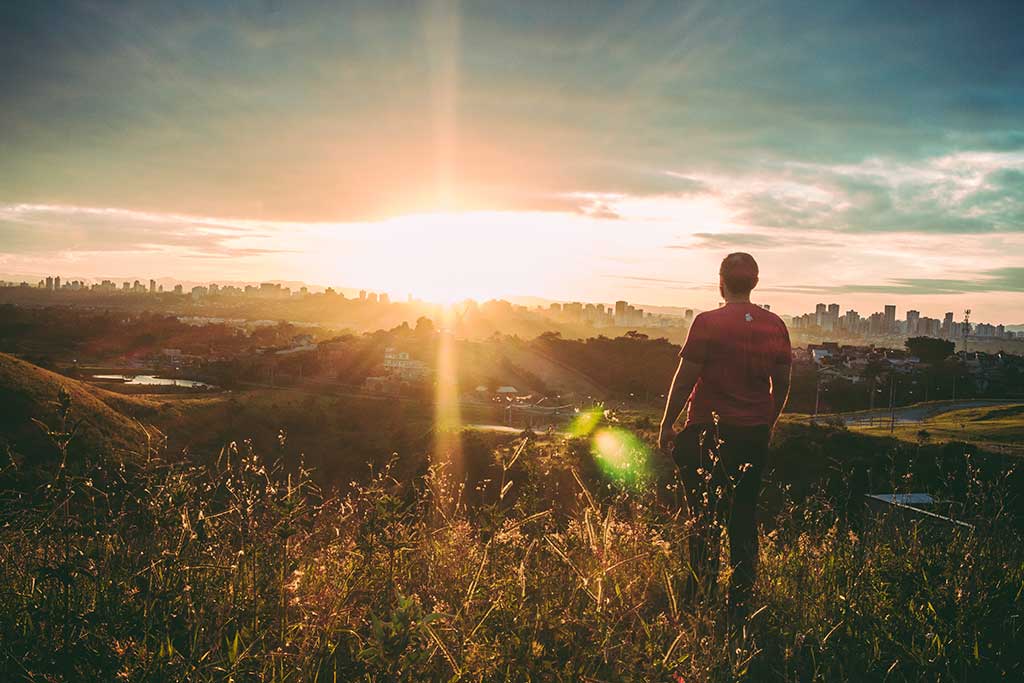 “The emotional reaction in the peak experience has a special flavour of wonder, of awe, of reverence, of humility and surrender before the experience as before something great”. — Abraham Maslow

Maslow took a holistic view of peak experiences. Individuals would have these transformational life-changing experiences and inspired by their experience they would also begin to integrate some of the aspects of these peaks states into the daily experience of their lives.

Maslow found that many high achievers who had a strong sense of purpose and fulfillment could point to these kinds of once-in-a-lifetime peak experiences that shifted their way of thinking. However, it was in their personal development activities that grew out of these peak states where they began to experience these aspects, outlined below, regularly as they became more self-actualized.

Here are the key aspects of peak experiences documented in Abraham Maslow’s research and in his book Toward A Psychology of Being:

1. Sense of Unity of The Self
2. Oneness With The Environment
3. Experience of Peak Power
4. Non-Forcing
5. Self Determination
6. Free of Inhibition
7. Spontaneity
8. Purposeless Creativity
9. Timelessness
10. Pinnacle of Individuality
11. Merging of I and Other
12. Unmotivated by Needs
13. Artistic Expression
14. Sense of Completion
15. Playfulness
16. Surprise Happenings

Many of these 16 aspects of peak experience can be cultivated through daily rituals and mental training.

Mihaly Csikszentmihalyi built upon Maslow’s research by identifying flow triggers for getting into flow states, which can be similar to peak states and I cover them in detail in the Flow Masterclass.