Each generation produces brilliant minds that advance humanity with their ideas and inventions. They leave a lasting legacy and become immortalized by the stories that people continue to tell about their lives.

Many of these brilliant people found throughout human history have had the characteristics of what is called a polymath.

A polymath is typically defined as a person of wide interests and expertise in various fields of science, humanities, and the arts.

They typically generate significant insights and breakthroughs in a variety of fields.

Since mainstream academics tend to be very discipline-focused, polymaths usually learn most of what they know as highly curious and experimental autodidacts.

In terms of influence, I measure greatness by the impact and the influence of their ideas and inventions in the world today.

All of the people on this list have made their mark on history with notable contributions to the advancement of literature, technology, the arts, or education.

Here are 7 influential polymaths and how you can learn from their examples: 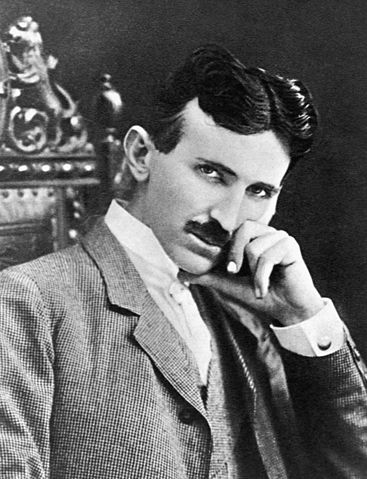 He was a hyper-polyglot who could speak eight languages fluently including Serbo-Croatian, English, Czech, French, German, Hungarian, Italian, and Latin. Tesla essentially invented the technology that underpinned many of the 20th century’s greatest advances.

Tesla died in poverty after losing his battle with Wall Street bankers. His distaste for the corruption of the Western banking system and his visionary humanitarian views were so ahead of his time that for many decades his work was ignored or suppressed in many schools.

Today, thanks to the free flow of information on the Internet, there has been an explosion of interest again in Nikola Tesla’s life and ideas.

If you want to learn more about how Tesla used creative visualization then I recommend watching my video below on how to think like Nikola Tesla.

Recommendation: Read his autobiography My Inventions where he describes in detail the methods and mindset behind his incredible inventiveness.

Let the future tell the truth, and evaluate each one according to his work and accomplishments. The present is theirs; the future, for which I have really worked, is mine.

The scientists of today think deeply instead of clearly. One must be sane to think clearly, but one can think deeply and be quite insane.

The day science begins to study non-physical phenomena, it will make more progress in one decade than in all the previous centuries of its existence.

Our virtues and our failings are inseparable, like force and matter. When they separate, man is no more.

The spread of civilization may be likened to a fire; first, a feeble spark, next a flickering flame, then a mighty blaze, ever increasing in speed and power. 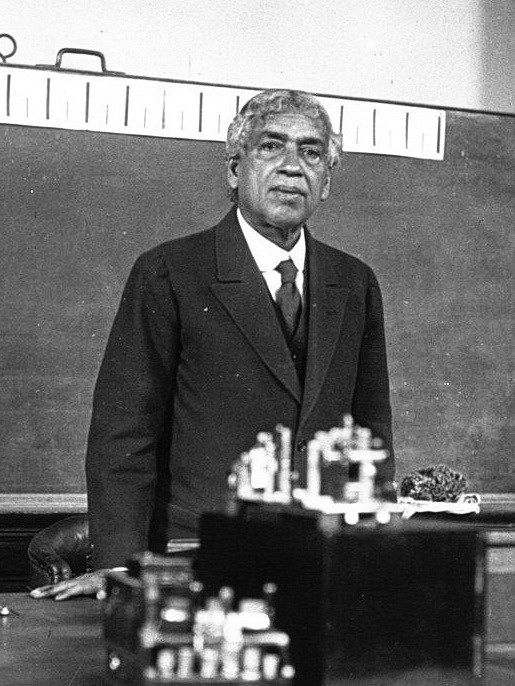 Jagdish Chandra Bose was a Bengali physicist, biologist, biophysicist, botanist, archaeologist, a connoisseur of fine arts, and an early writer of science fiction.

He pioneered the investigation of radio and microwave optics, made significant contributions to plant science, and laid the foundations for experimental science in India.

Bose pursued selfless research and experimentation without any desire for personal enrichment or fame, which is a big reason why so few people know about his work today.

Like Tesla, his research and inventions laid the basis for much of our modern existence, including the foundations of radio waves, microwave technology, wireless communication and the solid-state physics that underpins semiconductors.

If you want to go down the rabbit hole, study his Crescograph and his groundbreaking research into plant intelligence.

Recommendation: Read the excellent biography of his life The First Modern Scientist.

I was educated at Cambridge. How admirable is the Western method of submitting all theory to scrupulous experimental verification! That procedure has gone hand in hand with the gift for introspection which is my Eastern heritage. Together they have enabled me to sunder the silences of natural realms long uncommunicative. The telltale charts of my crescograph are evidence for the most skeptical that plants have a sensitive nervous system and a varied emotional life. Love, hate, joy, fear, pleasure, pain, excitability, and countless appropriate responses to stimuli are as universal in plants as in animals.

The true laboratory is the mind, where behind illusions we uncover the laws of truth.

The poet is intimate with truth, while the scientist approaches awkwardly. Come someday to my laboratory and see the unequivocable testimony of the crescograph.

I have sought permanently to associate the advancement of knowledge with the widest possible civic and public diffusion of it; and this without any academic limitations, henceforth to all races and languages, to both men and women alike, and for all time coming.

As an artist, he is known for inventing the High Renaissance style and having painted priceless masterpieces such as the Mona Lisa and The Last Supper. He is widely considered one of the greatest painters of all time.

Born a bastard child, he was given no formal academic training but self-educated himself with his unquenchable curiosity and by taking on many challenges with his feverishly inventive imagination.

He conceptualized flying machines, a type of armored fighting vehicle, parachutes, concentrated solar power, an adding machine, and the double hull ship. Relatively few of his designs were constructed or even feasible during his lifetime.

Simplicity is the ultimate sophistication.

When once you have tasted flight, you will forever walk the earth with your eyes turned skyward, for there you have been, and there you will always long to return.

Painting is poetry that is seen rather than felt, and poetry is painting that is felt rather than seen.

Where the spirit does not work with the hand, there is no art.

To develop a complete mind: Study the science of art; Study the art of science. Learn how to see. Realize that everything connects to everything else. 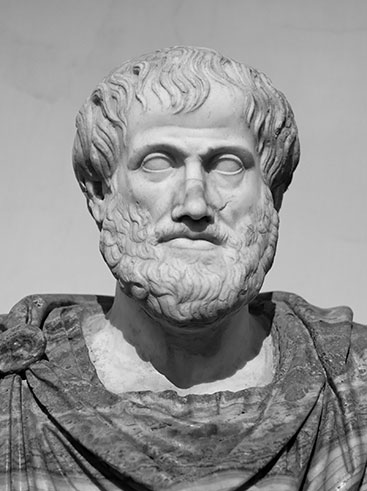 While his teacher Plato (and his teacher Socrates) share a similar philosophical lineage at the roots of Western Civilization, Aristotle was the most polymathic of the trio.

He was interested in every possible science practiced in his time and his works, which are collectively known as the Corpus Aristotelicum, covers many subjects: physics, biology, zoology, metaphysics, logic, ethics, aesthetics, poetry, theater, music, rhetoric, linguistics, and politics.

He is one of the most quoted men who has ever lived and he is also widely known as the tutor of Alexander the Great. He was the founder of the Lyceum, the Peripatetic school of philosophy and the Aristotelian tradition.

Recommendation: Read his most famous book called the Nicomachean Ethics.

Excellence is never an accident. It is always the result of high intention, sincere effort, and intelligent execution; it represents the wise choice of many alternatives – choice, not chance, determines your destiny.

It is the mark of an educated mind to be able to entertain a thought without accepting it.

The whole is more than the sum of its parts.

Knowing yourself is the beginning of all wisdom. 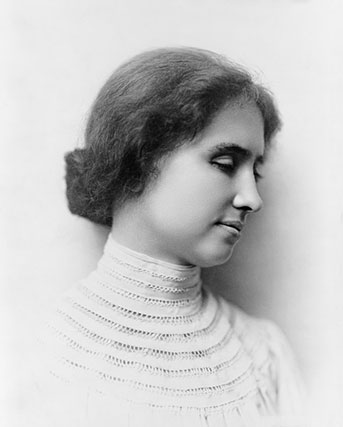 Helen Keller was an American author, women’s suffrage activist, anti-militarism activist, advocate for the poor and voiceless, and teacher who lectured all over the world. She was the first deaf-blind person to earn a Bachelor of Arts degree.

Despite being deaf and blind she accomplished more than 99.9% of people in human history. She co-founded the American Civil Liberties Union, authored more than a dozen books and remains an enduring symbol of courage and triumph over adversity.

Her lasting legacy is felt in the female rights movement today and with declining male achievement and woman now the majority in most Universities, I’m sure we’ll see a lot more female polymaths like her in the future.

Recommendation: Read her fascinating autobiography The Story of My Life.

The best and most beautiful things in the world cannot be seen or even touched. They must be felt with the heart.

Optimism is the faith that leads to achievement. Nothing can be done without hope and confidence.

Although the world is full of suffering, it is also full of the overcoming of it.

Never bend your head. Always hold it high. Look the world straight in the eye.
Security is mostly a superstition. It does not exist in nature, nor do the children of men as a whole experience it. Avoiding danger is no safer in the long run than outright exposure. Life is either a daring adventure or nothing. 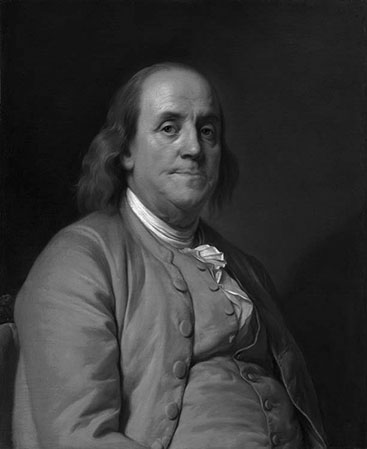 Benjamin Franklin was an American polymath and one of the Founding Fathers of the United States. He was an author, printer, political theorist, politician, scientist, inventor, humorist, civic activist, statesman, and diplomat.

He made major discoveries regarding electricity and is known for inventing the lightning rod, bifocals, the Franklin wood-burning stove, and many other inventions.

Franklin was foundational in defining the early American ethos as a marriage of the practical values of thrift, hard work, education, community spirit, self-governing institutions, and opposition to authoritarianism in its political and religious forms.

He is one of the best-known Freemasons in history and he was unique among the founding fathers identifying as a deist who challenged traditional Christian doctrine.

Recommendation: Learn about the daily routines and mentality necessary for high achievement in the Autobiography of Benjamin Franklin.

They who can give up essential liberty to obtain a little temporary safety deserve neither liberty nor safety.

Tell me and I forget, teach me and I may remember, involve me and I learn.

Many people die at twenty-five and aren’t buried until they are seventy-five.

Never ruin an apology with an excuse. 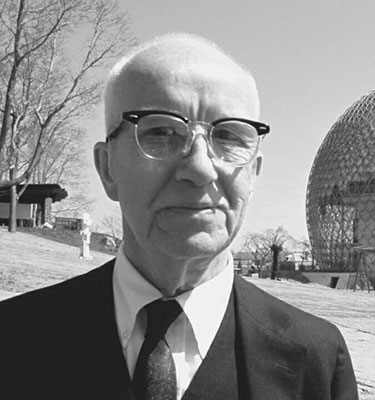 When you’re one step ahead of the crowd, you’re a genius. If you’re two steps ahead then it’s more likely that people will call you a crackpot. Labeled by some as a crackpot, I think the future will be very kind to Buckminster Fuller.

He passionately argued for the redesign and reinvention of society based around natural laws and the recognition of the fundamental interconnectedness of all life.

His holistic worldview and systems thinking has had a significant impact on architecture, sustainability, design and technology industries.

He published more than 30 books, coining or popularizing terms such as “Spaceship Earth”, “Dymaxion” house/car, ephemeralization, synergetic, and “tensegrity”.

Recommendation: Read his masterwork Critical Path about the future mentality and design of an ecological civilization.

There is only one revolution tolerable to all men, all societies, all political systems: Revolution by design and invention.

When I am working on a problem, I never think about beauty but when I have finished, if the solution is not beautiful, I know it is wrong.

There is nothing in a caterpillar that tells you it’s going to be a butterfly.

Everyone is born a genius, but the process of living de-geniuses them.

Don’t fight forces, use them. Don’t try to change human nature, change the tools people use.

Polymaths That Have Inspired You?

While there are many other examples of polymaths and brilliant geniuses throughout history, the ideas and inventions of these 7 people are extremely influential in the world today.

Are there are other polymaths who you think have a had similar influence in the world today?