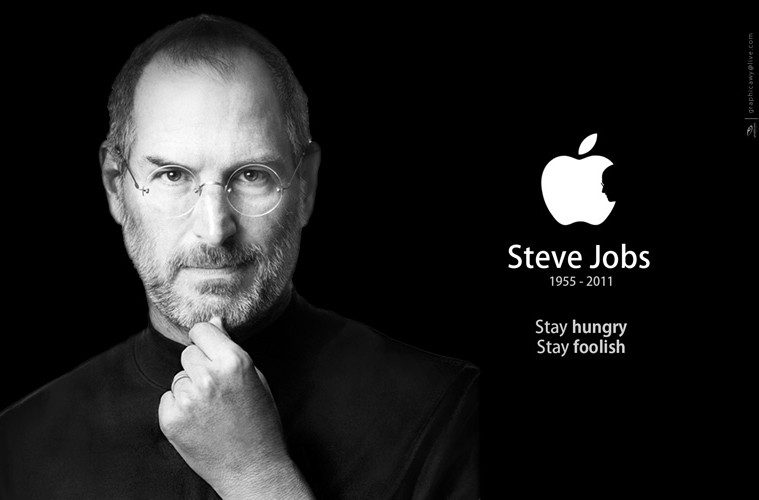 The Best Advice From Steve Jobs’ For Aspiring Creative Entrepreneurs

Steve Jobs is an iconic creative entrepreneur. His achievements are already the stuff of legends. He are just a few of these extraordinary things he launched in his 56 years:

1. Launched Apple and played an instrumental part in the personal computer revolution until he was forced out of the company in 1985 and he left to found NeXT (whose software later became Mac OS X).

2. Returned to Apple in 1997 and managed the biggest corporate turnaround in history bringing back the company from the edge of bankruptcy and building it into the largest corporation in the history of the world worth over $700 billion dollars.

3. Besides founding Apple, he also founded 3D animation powerhouse Pixar, which has consistently released #1 blockbusters such as Toy Story, Up and Wall-E.

4. Launched the iPhone, which kickstarted the mobile revolution in 2007, and has become the best selling consumer product of all time. The iPod and iPad are also some of the best selling products ever released.

He is someone that I believe that all aspiring entrepreneurs, artists and digital creators should listen to. While most people will tell you to play it safe, avoid unnecessary risk and follow the playbook that everyone else is socialized to follow, Steve Jobs is one of those voices that tells you there is so much more you can do with your creative talents.

Here is some of his best advice that will inspire you to develop your creative ideas into things that matter:

This is my favourite video from Steve Jobs where I feel he gives the best advice possible for aspiring entrepreneurs.

“When you grow up you tend to get told the world is the way it is and you’re life is just to live your life inside the world.

Try not to bash into the walls too much. Try to have a nice family, have fun, save a little money.

That’s a very limited life.   Life can be much broader once you discover one simple fact: Everything around you that you call life was made up by people that were no smarter than you and you can change it, you can influence it, you can build your own things that other people can use.   Once you learn that, you’ll never be the same again.”

Steve Jobs narrating this rare version of what may be the most iconic advertisement of the last two decades.

“Here’s to the crazy ones. The misfits. The rebels. The troublemakers. The round pegs in the square holes.

The ones who see things differently. They’re not fond of rules. And they have no respect for the status quo.

You can quote them, disagree with them, glorify or vilify them. About the only thing you can’t do is ignore them.

Because they change things. They push the human race forward. While some may see them as the crazy ones,we see genius. Because the people who are crazy enough to think they can change the world, are the ones who do.”

On his philosophy of user experience design that has made Apple so successful.

“Most people make the mistake of thinking design is what it looks like. People think it’s this veneer — that the designers are handed this box and told, “Make it look good!”

That’s not what we think design is. It’s not just what it looks like and feels like. Design is how it works.”

On why you must take big risks, face your fear of failure and be bold enough to talk to strangers.

On why you will need passion to sustain your ideas through the emotional rollercoaster than is the creative process.

“People say you have to have a lot of passion for what you’re doing and it’s totally true. And the reason is because it’s so hard that if you don’t, any rational person would give up. It’s really hard. And you have to do it over a sustained period of time.

So if you don’t love it, if you’re not having fun doing it, you don’t really love it, you’re going to give up. And that’s what happens to most people, actually. If you really look at the ones that ended up, you know, being “successful” in the eyes of society and the ones that didn’t, oftentimes, it’s the ones who were successful loved what they did so they could persevere when it got really tough.

And the ones that didn’t love it quit because they’re sane, right? Who would want to put up with this stuff if you don’t love it?”

On why Apple is successful because it is organized like a startup where everyone collaborates on small teams.

“If you want to hire great people and have them stay working for you, you have to let them make a lot of decisions.

You have to be run by ideas, not hierarchy. The best ideas have to win. Otherwise the good people don’t stay.”

For a little more inspiration, the three stories about his life from his famous 2005 Commencement Speech are worth spending 15 minutes to watch.

“Death is very likely the single best invention of Life. It is Life’s change agent. It clears out the old to make way for the new. Right now the new is you, but someday not too long from now, you will gradually become the old and be cleared away. Sorry to be so dramatic, but it is quite true.

Your time is limited, so don’t waste it living someone else’s life. Don’t be trapped by dogma — which is living with the results of other people’s thinking. Don’t let the noise of others’ opinions drown out your own inner voice. And most important, have the courage to follow your heart and intuition. They somehow already know what you truly want to become. Everything else is secondary.”

It doesn’t get much more inspiring than that! Now go and build your dreams!