How To Supercharge The Mozart Effect With Binaural Beats

Some research has suggested that Mozart’s music may induce a short-term improvement on the performance of certain kinds of mental tasks known as “spatial-temporal reasoning”.

This has led to what’s been called the Mozart Effect and a popular book of the same name that is dedicated to using the power of classical music to improve focus and boost creativity.

While there is considerable debate about just how effective classical music may be for improving cognitive functioning, what is clear from the research is that it is highly effective for blocking out distractions and boosting what’s called “enjoyment arousal”, which can help you stay focused for a longer period of time.

Personally, I enjoy classical music and I found the small boost of enjoyment arousal can help me to concentrate for longer periods of time but I’ve found a way that supercharges these effects using binaural beats.

Here is a good map of the 5 different brainwave states that can be easily measured with an EEG machine: 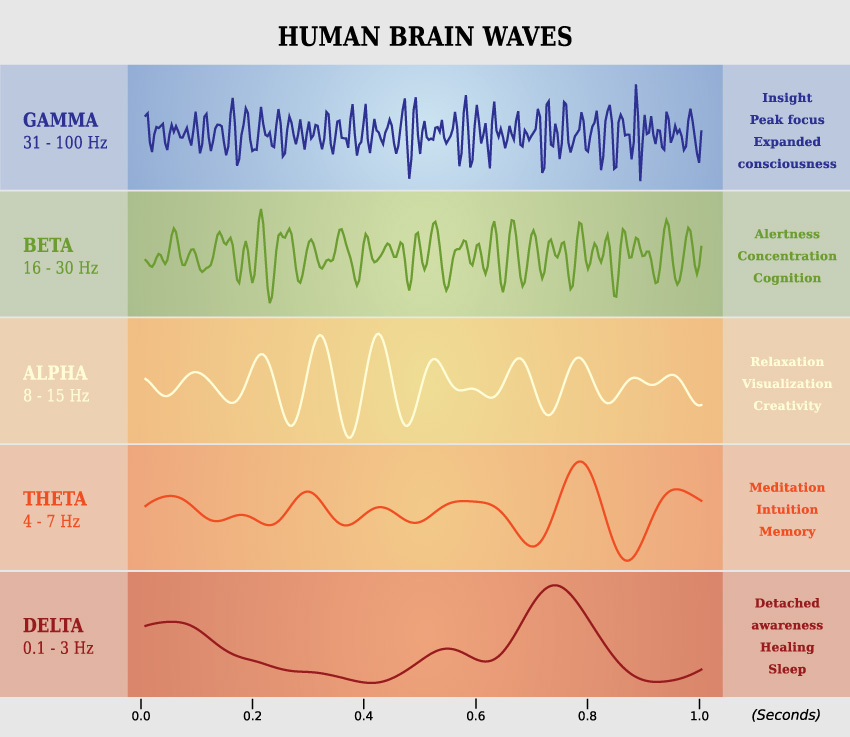 To listen to binaural beats, you will need a pair of stereo headphones.

In the playlist below I’ve included a range of binaural beat frequencies that you can experiment with to see what works best for you.