The Panama City Guide For Startups, Entrepreneurs and Expats

Panama City is a bustling city of 1.5 million people at the geographical center of the Americas.

The country of Panama has become a global hub for international business because of its strategic location at the crossroads of the Americas and because of the Panama Canal, which is one of the largest shipping channels in the world (5% of maritime trade passes through the canal).

Naturally, its geographical position in the world makes Panama City a cosmopolitan city that is open to new ideas, different nationalities, and entrepreneurs from all over the world.

1. Panama Is An Emerging Startup Hub: 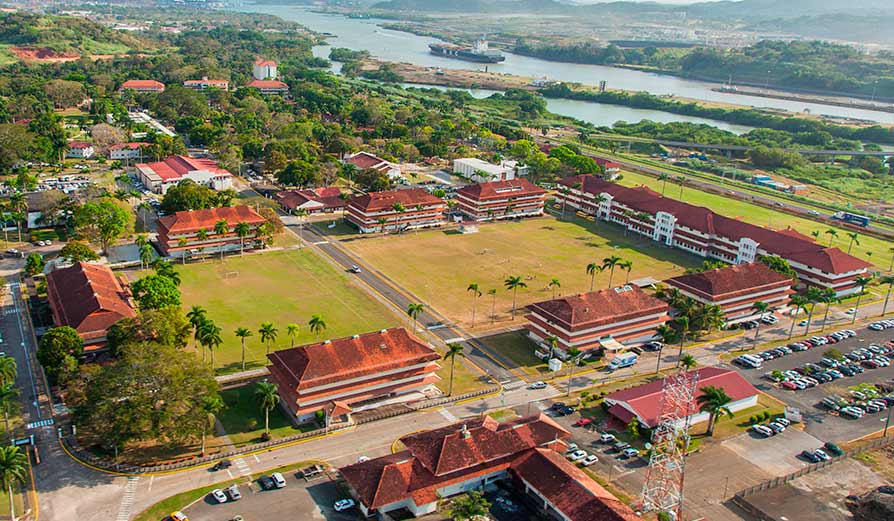 The City of Knowledge, a growing startup innovation hub along the Panama Canal.

For a tiny tropical nation of only 4.5 million people, Panama is rapidly expanding its position as a major hub for banking, trading, international commerce and technology startups.

The recent expansion of the Panama Canal resulted in a $5.3 billion investment, which has increased the significance of the canal in the global shipping industry. The 80-kilometer canal can now accommodate mammoth Neopanamax ship — measuring over 1,200 feet in length and allowing for a capacity of over 13,000 containers.

The Panamanian government has also expanded the Tocumen International Airport (PTY) in Panama City at a cost of $800 million, a new $1.86 billion metro line was completed in 2019 and the city’s futuristic-looking skyline now has 6 of the top 10 tallest skyscrapers in Latin America.

Ciudad del Saber was born from the idea of converting the former U.S. military base of Fort Clayton located in the Panama Canal Zone beside the world-famous Miraflores locks into a center for creative innovation and knowledge exchange.

While the talent pool is not nearly as deep as major North American cities, the country adopted a pro-immigration policy in 2013 with its Friendly Nations Visa designed to attract entrepreneurs, investors and creative professionals from 50 countries with close cultural and economic ties with Panama.

2. Why Panama Is Considered A Tax Haven: 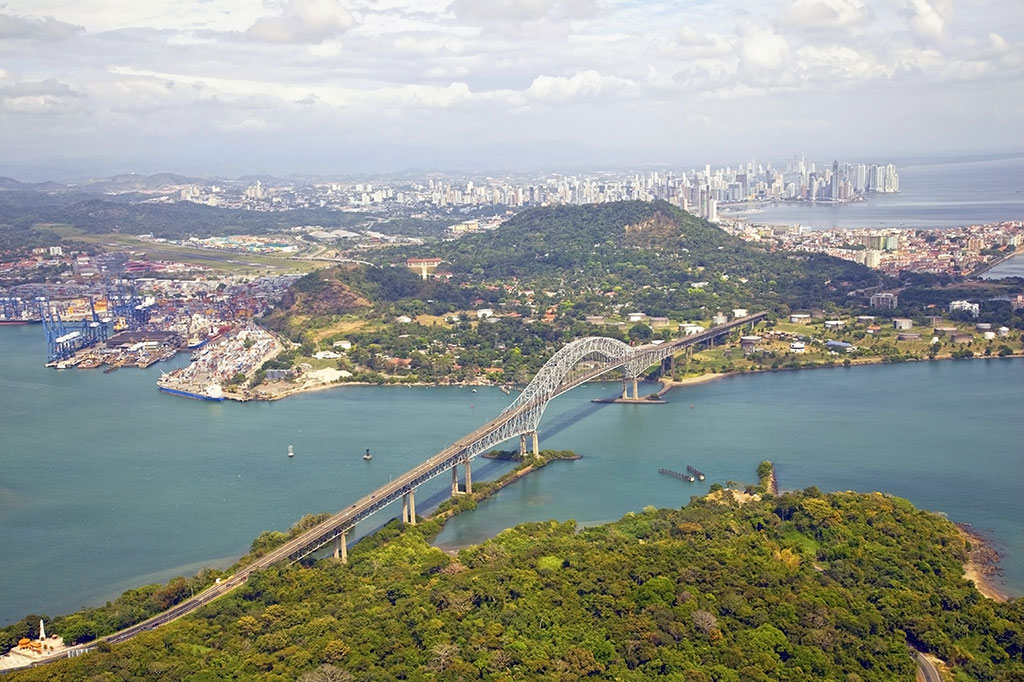 The bridge of the Americas crosses the Panama Canal just west of Panama City on the southern Pacific coast.

Panama gained notoriety with the release of the Panama Papers in 2016, this development has actually resulted in the country cracking down heavily on money laundering and becoming one of the most transparent tax havens in the world.

While local business taxes are 25% and the highest personal income tax bracket is a reasonable 27%,  Panama is considered an off-shore banking tax haven because it has a territorial tax system, which means it exempts all income earned outside the country from taxation (for both resident individuals and corporations).

Panama is also unique in Latin America because it uses the U.S. dollar and pegs its local currency the Balboa to the dollar. The Republic of Panama has a strong constitution and enjoys all of the freedoms that Americans and other Westerners do, from freedom of the press and free speech to freedom of religion.

Private property rights are stronger here than in the United States and the country hasn’t had a central bank since it achieved independence in 1903, which makes it attractive for contrarian investors who want a safe harbor if the global debt system collapses.

The average wage for University-educated middle-class jobs in Panama City is $1,200 USD a month while in the less developed rural areas of the country this drops to $600 USD a month. For those who write and speak English and Spanish fluently, averages wages rise to between $2000-$3000 USD a month.

Generally speaking, the cost of living is less than half of major cities in Western Europe, Canada and the United States. You can live comfortably in a safe and ultra-modern neighborhood by the Pacific Ocean in Panama City for well under $2000 a month. 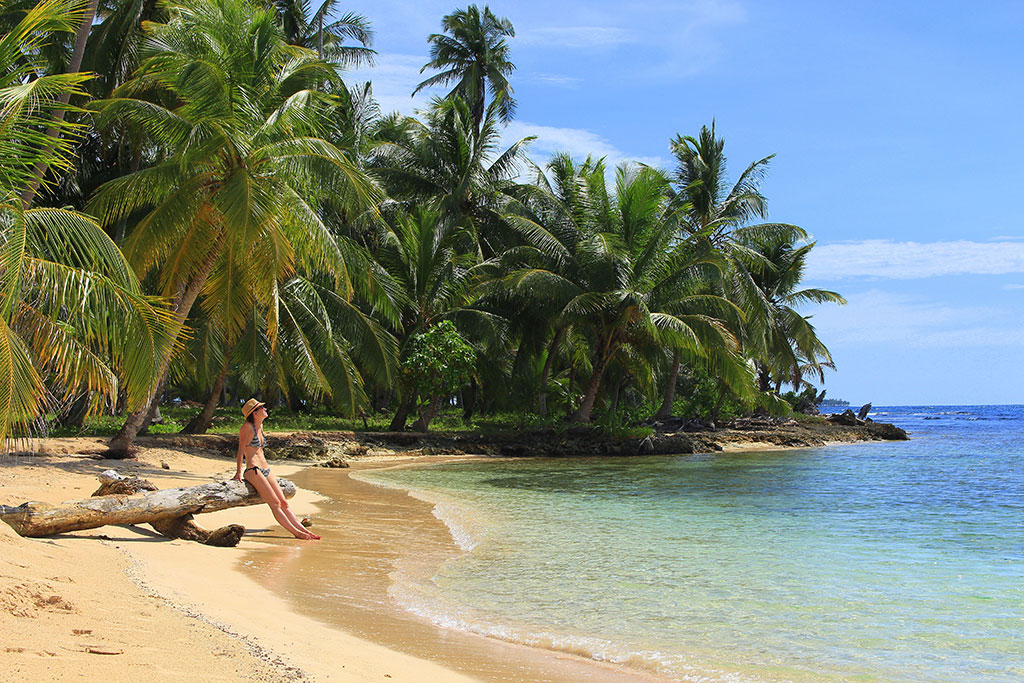 Panama has the potential to be an ecotourism mecca with endless stretches of white-sand beaches, untouched tropical islands and some of the highest biodiversity in the world.

Once you get an hour away from Panama City, the cost of land drops precipitously and there isn’t a very developed economy apart from some tourism, cattle ranching and agriculture.

While the government has had a lot of foresight in developing some key areas of its economy, the country’s biggest strategic problem is it has underfunded and neglected its school system, which is considered one of the weakest education systems in Latin America (it is ranked #64 in the world).

The government is trying to develop its rural areas through ecotourism as Costa Ricas has done. While many people find Costa Rica too touristy and overdeveloped in many areas, Panama’s remote areas have much more the feeling of being on an undeveloped frontier.

A number of indigenous tribes are playing a key role in the development of the nation’s ecotourism industry and some indigenous groups control their own autonomous areas within Panama such as the Guna people in Guna Yala and the Ngobe people in the Cordillera de Talamanca and Bocas Del Toro archipelago. 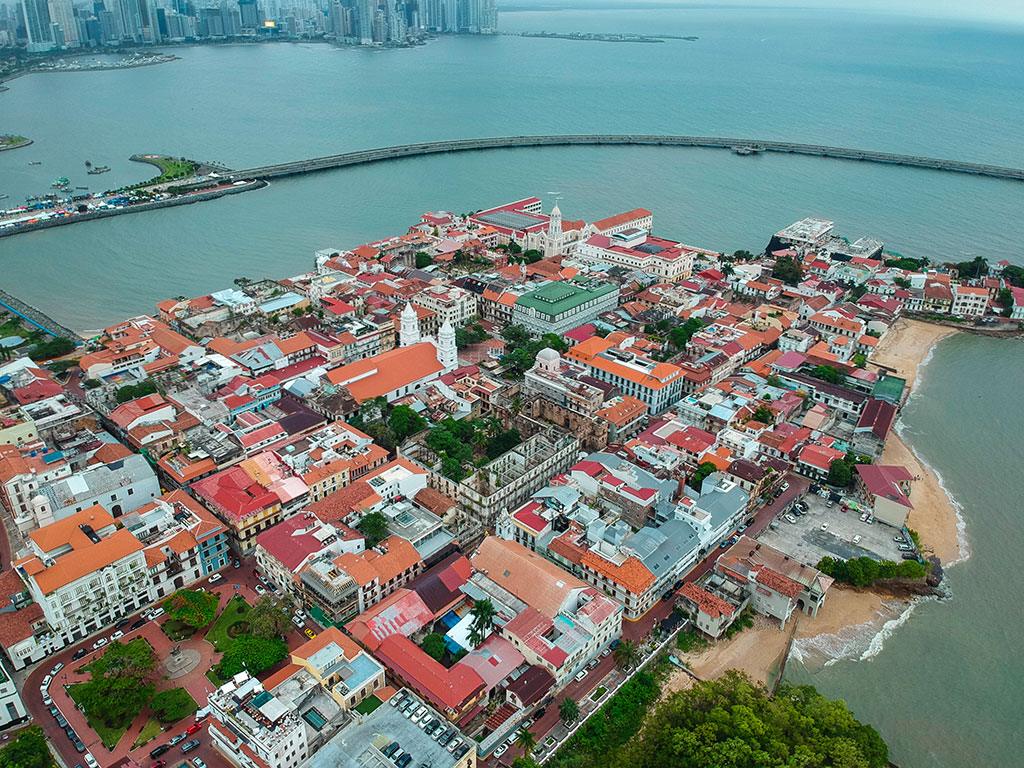 Panama City was the first European settlement on the Pacific Coast. The original city of Panama Viejo was burned to the grown in 1671 by the English pirate Captain Henry Morgan but the colonial barrio of Casco Viejo remains with a fascinating mix of architecture dating back to 1700s.

Panama City has a growing startup scene and it is attracting entrepreneurs, location independent freelancers and digital nomads from all over the world.

The city has some excellent neighborhoods and a great tropical lifestyle. You have the old colonial streets of picturesque Casco Viejo, the bustling downtown neighborhood of Obarrio, Punta Pacífica with some of the highest towers in Latin America, the trendy San Francisco neighborhood near central Parque Omar Torrijos and the relatively recent oceanside development in Costa Del Este near the airport.

The best digital nomad friendly cafes tend to be in the Casco Viejo neighborhood. Here are some of the best options for good coffee and fast wi-fi in that area: Cafe Unido, Nomada Eatery, Super Gourmet and the Boajareque Coffee House.

While the city suffers from particularly bad traffic gridlock, there is a world-class metro system and many neighborhoods near the Pacific Ocean are walkable and rank among the safest in Latin America.

There’s also decent cycling infrastructure along the coastal Cinta Costera and the Amador Causeway but commuting by bicycle is dangerous and the city has little that rivals the ease of cycling in North American cities like Portland, Austin, Seattle, Vancouver, and San Francisco. 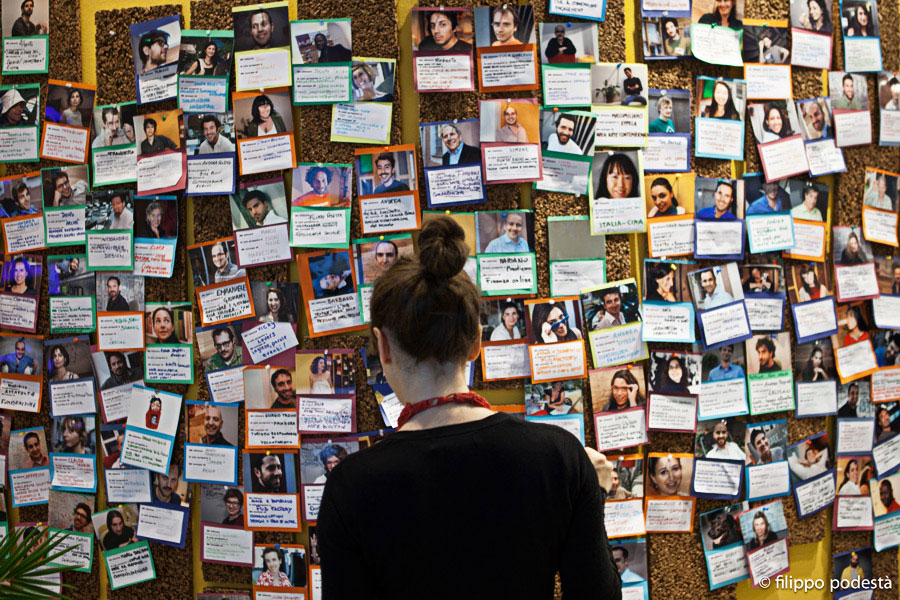 The monthly Creative Mornings events in Panama City brings together a wide range of creative professionals in the city.

While venture capital for startups is in short supply in Panama, many startup entrepreneurs are raising money abroad or relocating to Panama City because of its low taxes and territorial tax system.

English is commonly spoken in Panama City but to fully take advantage of all the opportunities in Panama, you need to be fluent in Spanish.

Here are some great events for meeting other creative professionals and entrepreneurs in Panama City:

3. Kalu Yala – In the mountains south of Panama City there is the Kalu Yala eco-village experiment, which is attempting to create the world’s most sustainable community using permaculture, design thinking, entrepreneurship, and the latest off-the-grid technology.

4. Global Shaper Hub – A local chapter of an international creative organization that brings together a diverse group of young people with creative talent, social commitment and passion for changing the world.

5. Founder’s Institute – The world’s largest pre-seed accelerator has a chapter in Panama for mentoring entrepreneurs and helping them build global businesses. There is limited venture capital and only a small angel investor community in the city.

6. Entrepreneurs Organization – A global, peer-to-peer network with a chapter in Panama City that helps connect entrepreneurs with local investors and resources.

7. Panama’s Startups – Startup Rankings lists the most popular startups in Panama based on estimated audiences and traffic to their websites.

8. Panama City Meetups – There are a number of meetups for startup entrepreneurs, creative professionals and tech founders on Meetup that have meetings in both English and Spanish. 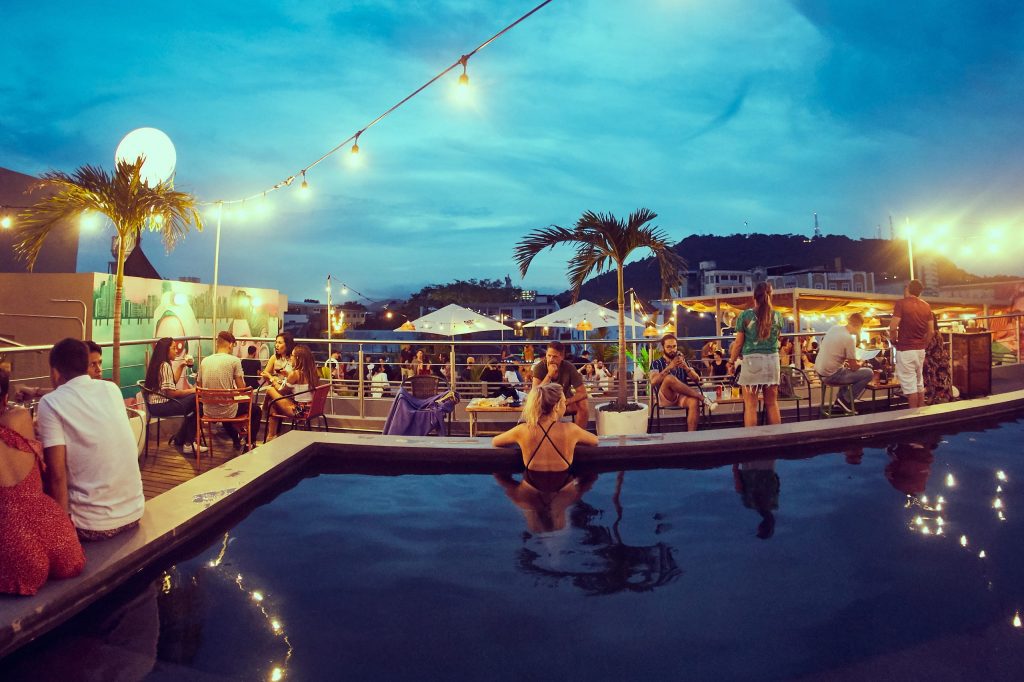 The rooftop pool and lounge at Selina Casco Viejo is a great spot for the local creative community.

Panama ranks 125th in the world for mobile speeds and 34th for fixed broadband speeds. Internet speeds in Panama City are slightly below major cities in Canada and the United States but they lag significantly behind Asian cities in China, Japan, and South Korea.

This may soon change. Google announced in November 2019 that as part of its 30 billion dollar cloud infrastructure initiative it will be building a Panamanian branch of its global Curie Network. When completed in 2020, Google’s Curie underwater fiber optics network will give Panama City some of the fastest Internet speeds in the world.

1. Selina Casco Veijo – A creative hub for local artists, musicians, and entrepreneurs with one of the best coworking spaces in the city. Selina now has 65 coliving spaces around the world for digital nomads and it started in Playa Venao, Panama.

2. Workings Latam – A popular coworking space that started in Panama City and now has 3 locations in the city in Punta Pacífica, Obarrio and Costa Del Este.

3. My Office – A mix of independent creative professionals and entrepreneurs from all over the world on a high floor in the 42-story Credicorp Bank tower with a great patio for meeting clients that overlooks the city’s downtown skyline.

7. Living And Working In Panama 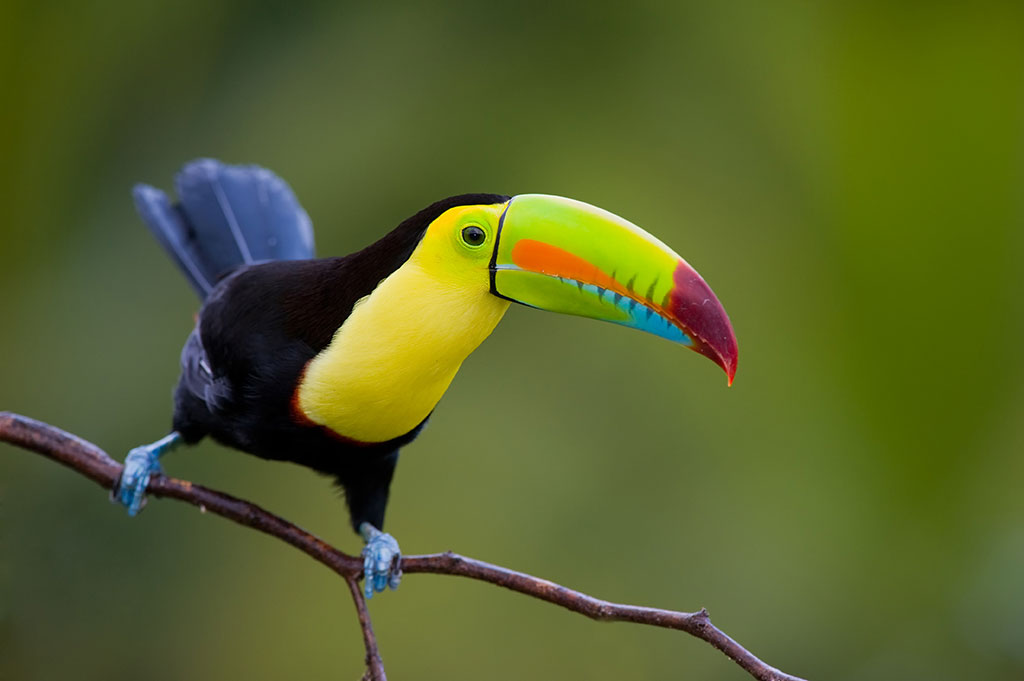 The Keel-Billed Toucan is a common sight in Panama. The country has over 1000 species of birds, more than the United States and Canada combined.

To continue the country’s rapid growth, its new government administration lead by Laurentino Cortizo will have to invest heavily in its public education system and improve the quality of its Universities, which are plagued by institutional corruption and some of the lowest levels of research and development in the region.

With its laid back tropical lifestyle and easy access to both mountains and oceans, Panama makes an attractive option for entrepreneurs looking for better work-life balance in a relatively safe country that has a bright economic future.